I wrote about my struggle with repairing my hair after I burned it, in repairing damaged hair and scalp. In that post, I stated that I use hair oils. So I thought I would go into hair oils further, I use hair oils to keep the “fizz” down and help repair the damage.

After trying out (too many) including a lot of high end brands, I settled on Hask brand.

I use Hask Argan Oil Repairing Shine Oil mainly. The main ingredient of this Hask oils is argan oil. Argan oil is rich in beneficial ingredients, such as Vitamin E, Squalane, fatty acids and antioxidants. The molecules in argan oil are smaller, so it penetrates the hair cuticles. Although it doesn’t clog hair follicles.

And I also use Hask Monoi Coconut Oil Nourishing Shine Oil, the main ingredient on this one is the Monoi Flower Essence and then of course, coconut oil. (I would go into the benefits of coconut oil, but I think that is a whole post in itself). I love the smell of this one, so I use it mainly for putting on the ends of my hair after I have styled it.

It can also be used as a deep conditioning hair mask. Put a shower cap on after you apply it in the shower and it will condition the hair and the heat will help it penetrate in faster.

Also you can put it on your hair and cover with a shower cap and go to sleep. Your hair will be smooth and well conditioned in the morning.

Vitamin E and fatty acids do add some heat protection, but not enough. So I would not use it as a total heat protectant. I have added it to my heat protectant though and I like using it that way as well before I blow dry my hair.

The summer is worse for my fizzy hair. I think it is because I spend more time outdoors which does more damage to my hair or just dries it out more. So, I go through quite a bit in the summer, but it is only $5.99 and there are sales on it all of the time.

Other uses and other options

I think another great use for it would be as a beard oil.

I have also used some DIY mixes of oil as hair oils and I will post on that soon, if that is an option you would prefer to try. 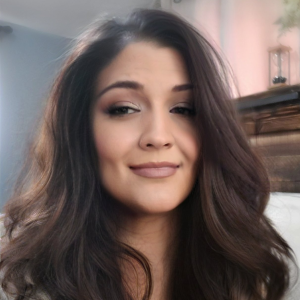 Fall for the beautiful colors of fall

How not to be a grumpy old person

Please see my full disclosure under Disclosure below